Who invented the cardboard?

Historians say that the first to make cardboard was Cai Lun, eunuch and imperial advisor to Emperor He of Han, in China at the end of the first century of our era. As head of the eunuchs of the Emperor's Palace, Cai Lun was in charge of the supplies and was the first to organize the production of large-scale paper, since China at that time required documents in abundance to keep the records in writing . To make the containers and the lids, several layers of paper were united, giving origin to the first models of cardboard. 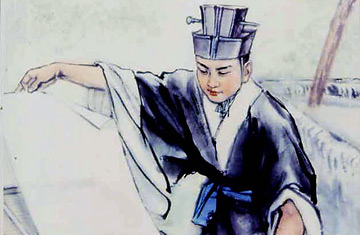 Although more primitive types of paper already existed, Cai Lun proceeded to perfect the technique of elaboration by the waterproofing of starch-based, rice-based and Tororo Aoi (Hibiscus species) sticks so that the leaves were well satin and protected of mold and parasites. They were laying the foundations for the development of a lighter material, easy to store and transport than the existing wooden tablets or silk fabrics.

Paper, as well as its derivatives, including cardboard, was invented in China thousands of years ago, however the first register of carton boxes in China is from the 16th century.

According to Ohio State University, England produced the first commercial carton in 1817. According to the same sources, in 1856 corrugated or pleated paper was patented as a liner for London's top hats. Later, in the mid-nineteenth century, the textile industry improved the corrugated boxes by developing the inner corrugated.

At the turn of the century, and in the United States, Andrew Dennison and his son combined their ingenuity and efforts to create a device with which they automated the lateral cutting of the boards.